Encounter at the Polz winery on Grassnitzberg. Erich Polz pours his guests Willi Sattler and Manfred Tement a glass of Sauvignon Blanc, made from grapes grown in the adjacent “Grosse STK Lage”. The three start talking. About how they paved the way for the “STK” over thirty years ago and why working on great wines remains an ongoing process. 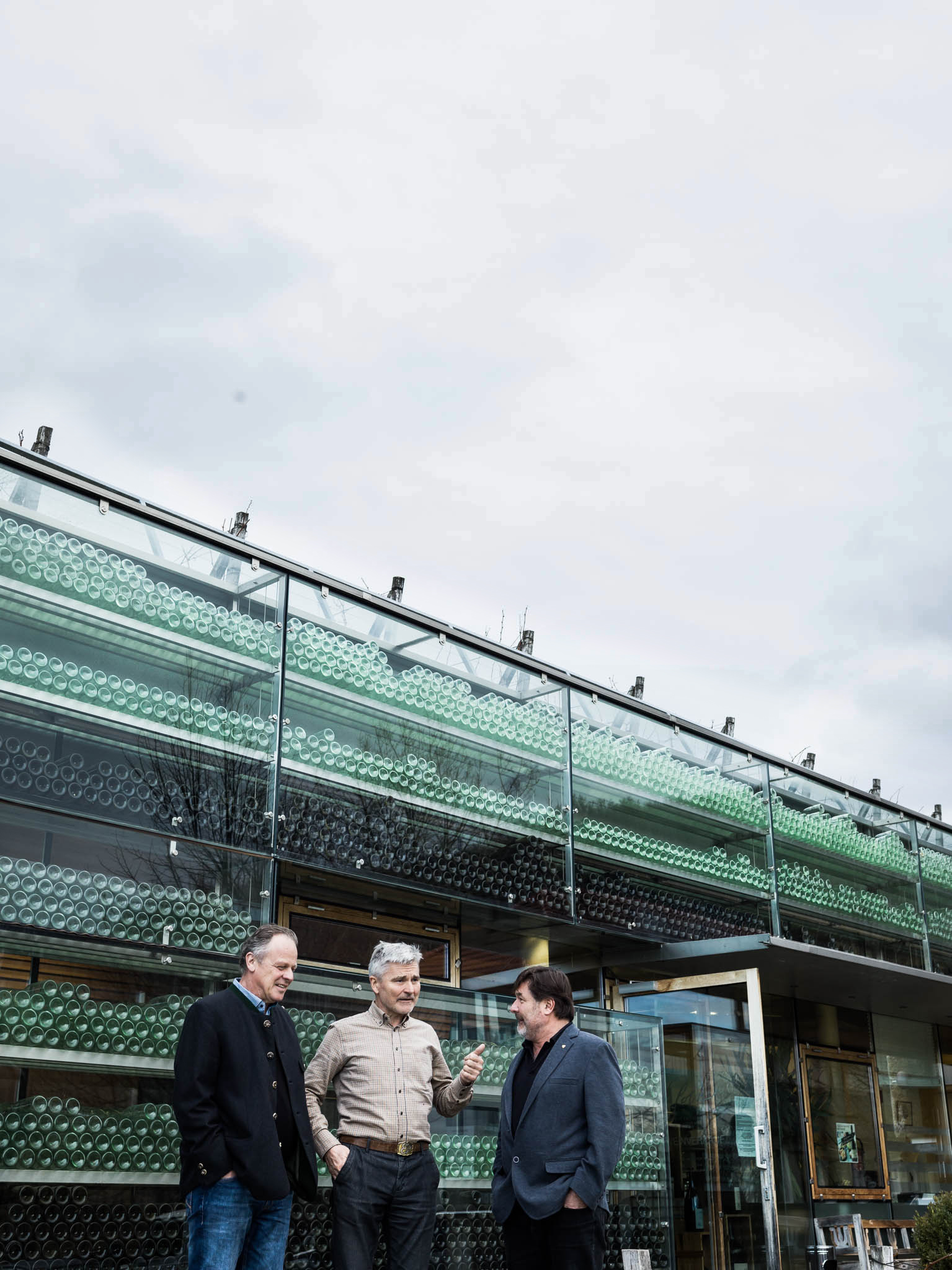 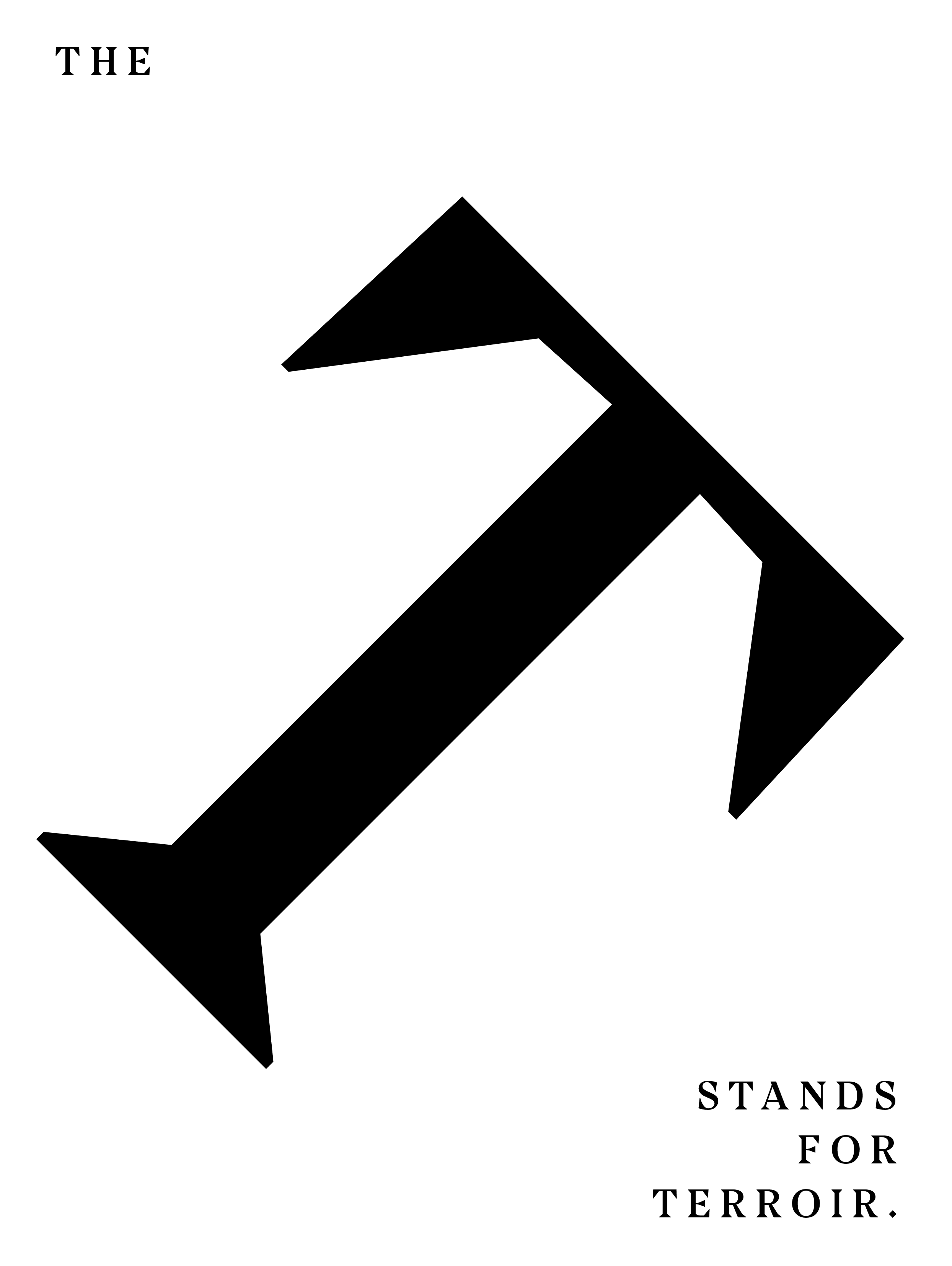 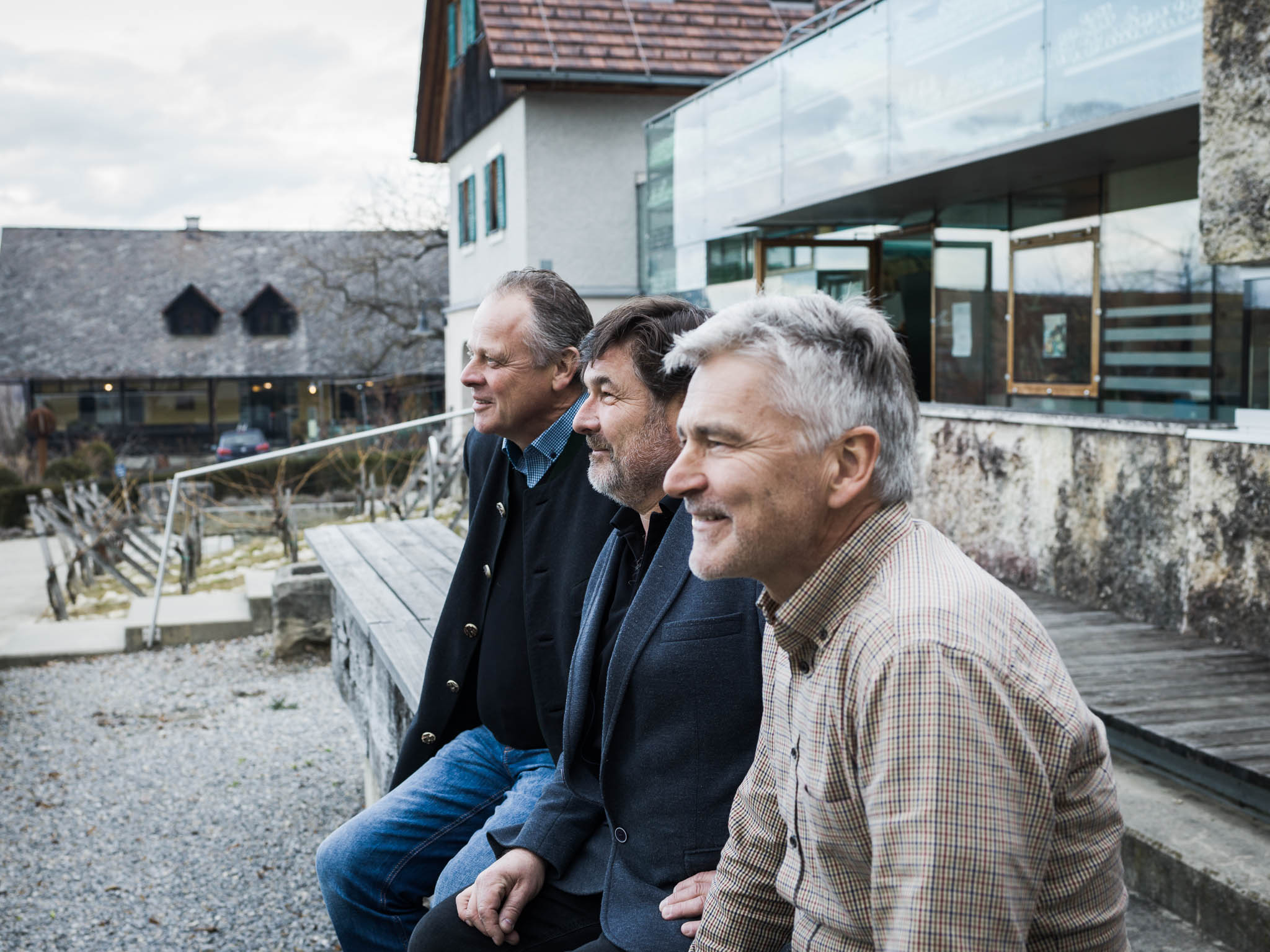 Sattler: It was either chance or good luck that we were all the same age, shared the same ideas, and found each other on the way. The situation in Styria was that the image of this wine-growing region had gone down the drain, or almost. The wines were lacking identity. We all knew that developing a region to its fullest potential would need more than just lone fighters. This was only possible by working together.

Tement: We needed each other in those days, and this helped us make things work. I didn’t even have enough transport vats for picking back then. I had to borrow them from Erich.

Sattler: Tools or machinery were hardly affordable for any of us alone. How often we drove the kieselgur filter back and forth, I don’t know … In autumn, we then tasted the wines in the cellar, one cellar a day. And we talked a lot of course.

Polz: Even then, we used to say that a wine without a rough edge here or there was overly clean by our standards, it seemed a little too well-made. Only a few producers cared about polished wines. All others preferred the sweet. Switching to the dry was one of our first points on the agenda.

Sattler: My father had started with dry wines back in 1968. When we handed them in for the all-Styrian tasting, we would maybe have made it to silver, if at all. Because wines with a residual sugar content of 0.9 or 1.1 grams did not stand a chance against wines with 6, 10 or 15 grams.

Polz: We went for the natural method and thus for wines that were aromatic and clean. For us young lads, they were world-class products – but really hard to sell. The wines were bright and crisp, low in alcohol and fresh, rather than sweet. We wanted to prove that things could be different, and this is what brought us so closely together.

Success always means to do the right thing – but also at the right time. In your case, it was the glycol wine scandal of 1985 that brought the turnaround?

Tement: It was the confirmation that we were doing things right. The wine scandal only affected sweet wines of course. All of a sudden, we found ourselves in the pole position with our dry wines.

Polz: There is a saying that you always need to stay an inch ahead of the competition – but we suddenly were much farther ahead.

Sattler: Business was now going strong, but we still tried to improve our wines. We never stopped going, we developed visions for how our wines could be like, we tried and tasted everything, we checked out what other regions were all about, and where our chances lay. That was the greatest thing for me back then: to see the huge potential we had to work with.

Tement: In the beginning, it was quite easy to make improvements, of course.

Polz: And what’s more: the vintages were getting better and warmer. 1986 was already excellent. The unpredictable weather here in Styria does not make winemaking easier than elsewhere, you know.

Sattler: Only regions on the boundaries of a winegrowing climate will yield excellent wines. In our region, the grapes mirror the annual climate curve. Origin is what really makes the greatest difference with wine. If you intervene as little as possible in the cellar and work with the right variety, you can create something unique.

Tement: We are in a region that allows for late harvests, and thus for long-lived wines. Especially in the case of Sauvignon Blanc, where we realized that it was the best variety for us to have.

Sattler: With Sauvignon Blanc, we always reach a high level of ripeness, even in a cool vintage. While any other variety would produce a higher yield with less work, we still opted for Sauvignon Blanc as our leading variety. We made this decision in this closer circle. Today, it is the most common variety in Styria. Before, it was Müller-Thurgau, and Welschriesling.

Polz: We continued to make decisions that weren’t always comprehensible for the market. But if you work with wine every day, you will of course know best where you are going.

Sattler: The first wines that we left to mature in wood regularly flopped in the tastings. Taste of old casks, they said. And the same thing happened to the official approval number in the beginning.

Was this one of the reasons why you created the Steirische Klassik back in 1993, your own classification of wines?

Tement: When we placed single-vineyard wines in wood, we had to find a market for them. The wines made with the classical method were already extremely successful. Now we were also offering higher-value wines on top of that.

Polz: The challenge was: how to describe and differentiate between the two wine lines?

Sattler: Our Steirische Klassik label was quite successful for a long time. Then other winemakers started to market under similar denominations and the idea was gradually being watered down. In 2008 we decided to more strongly emphasize origin – and this is how the STK group came into being.

Polz: “T for terroir” is our cutting edge to distinguish us from winemakers with the “classic” range.

Sattler: Defining the rules for classification within the group was a tedious process. There are of course many steps to take from an excellent vineyard site to a great wine. Outstanding quality is not only the result of a certain vineyard location but also of how a winegrower handles his vines, how he interacts with nature, and which options he takes in terms of variety and yield.

Does the younger generation have the same leeway today for development that you had at the beginning?

Tement: The leeway is now even larger than before. You have more options since the basics are already there.

Polz: Planet wine has become incredibly varied. We have crushed must fermentation, then the discussion about being organic or not – there are different approaches even in such a small field. And concepts get more and more layered. This can also make it harder for younger winemakers to find their own clientele.

Sattler: On the other hand they seem to be more considerate in many ways. They have a clearer focus than we had. We had to work on the basics, and the soil. They are building on this now and do things differently. Our children have connections to the wine sector throughout the world. One of my sons studied in Bordeaux. He is exchanging views with colleagues in other wine-growing regions. This can be fruitful in many ways.

Tement: On the other hand, you always have to keep an eye on your own strengths.

Sattler: I am sure that they are aware of that. I was not even once in the cellar working last autumn. Because I said, junior will take care of it, no problem. He worked with me for years and has now finished school. He is perfectly able to do it alone.

Polz: A great chance for the young generation lies with their peers, both fans and journalists alike. Since every decade has a taste of its own. Since we are changing and our wines are evolving, it is an on-going process.

Tement: As an example: we tried a to get a good Parker rating for the Sauvignon Blanc our whole life – impossible. Now that the tasters are younger, we score 95, 96 Parker points. Just as much as the top Rieslings would. As we always used to say: a Riesling is not a great wine per se, it is the terroir that makes a great wine.

In 1984, Manfred Tement handed in ten wines for the all-Styrian tasting and reaped just as many gold medals. Since then, the winery on the Ziereggsite – now run by his sons Armin and Stefan – and the name Tement stand for the growing international reputation of Southern Styria as a wine region. Wine lovers appreciate the view from Ziereggacross Slovenia just as much as they love the Sauvignon Blanc from this site.

Located on the Grassnitzberg near Spielfeld, the winery has been owned by the Polz family since 1912. In the 1980s, the brothers Erich and Walter created a stir with their ideas of clean and pure wines and an innovative style. The days of residual sugar as a sign of quality were now over. Meanwhile in the fourth generation, Christoph Polz continues their work with the same passion and feel for his products.

Like most of the wineries in the area, the Sattlerhof south of Gamlitz is situated on a steep hill with a view of the surrounding vineyards. Willi Sattler was able to build on the work of his father, a pioneer of dry wines in Styria. The result was a wine full of character. Meanwhile, his sons Alexander and Andreas are working away on their own ideas, with the same accuracy and uncompromising approach as their father. 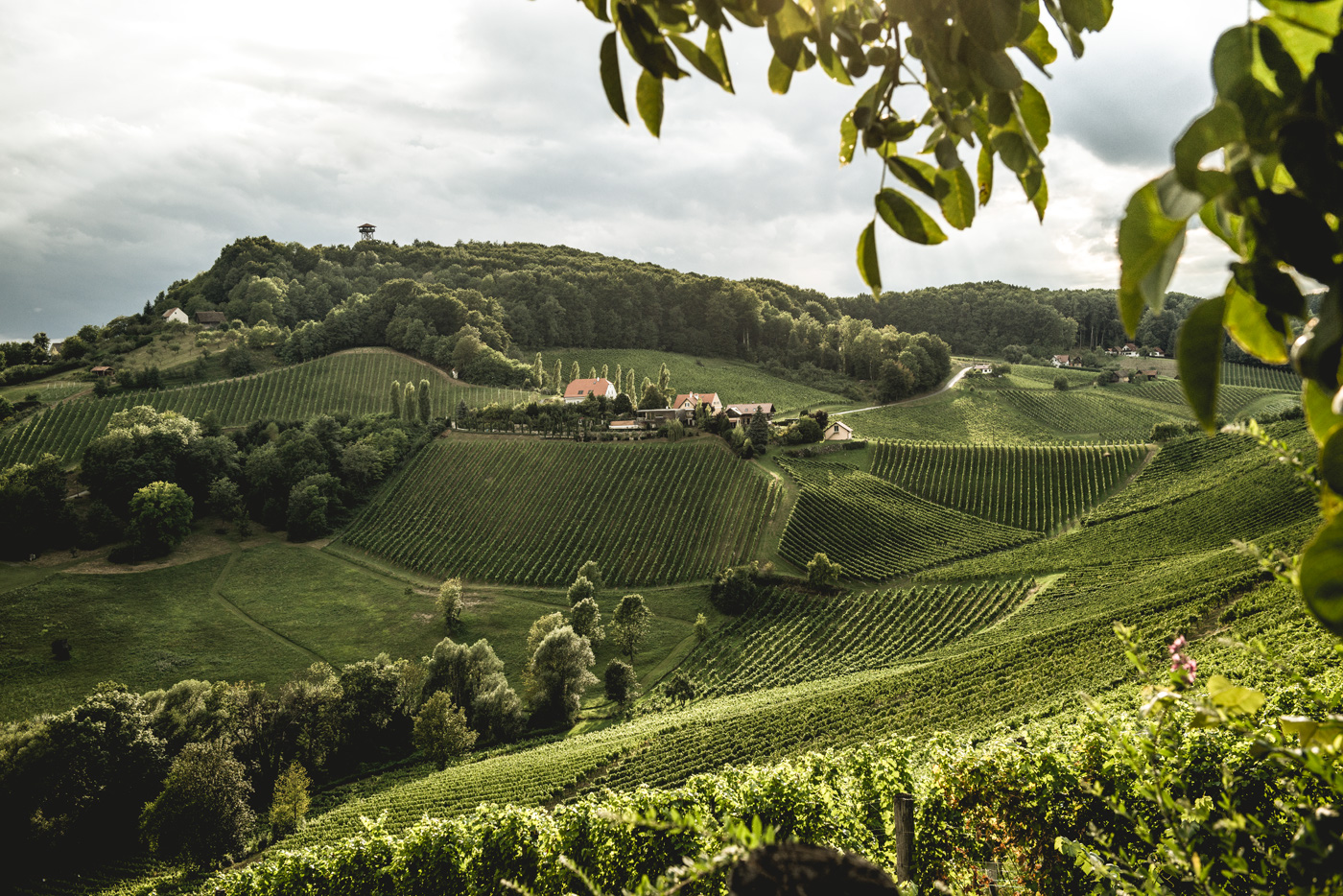 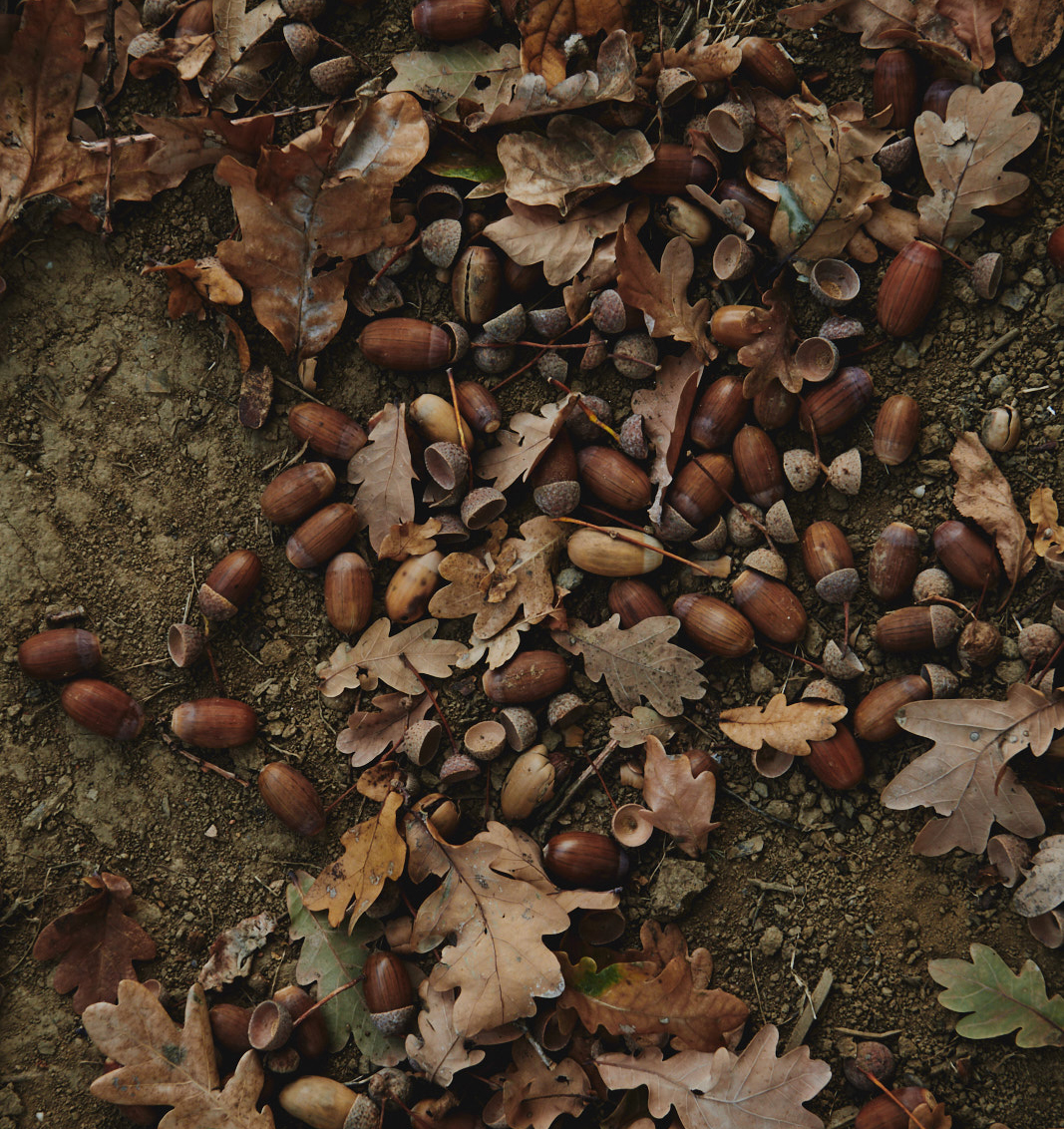 About the far-reaching significance of details. 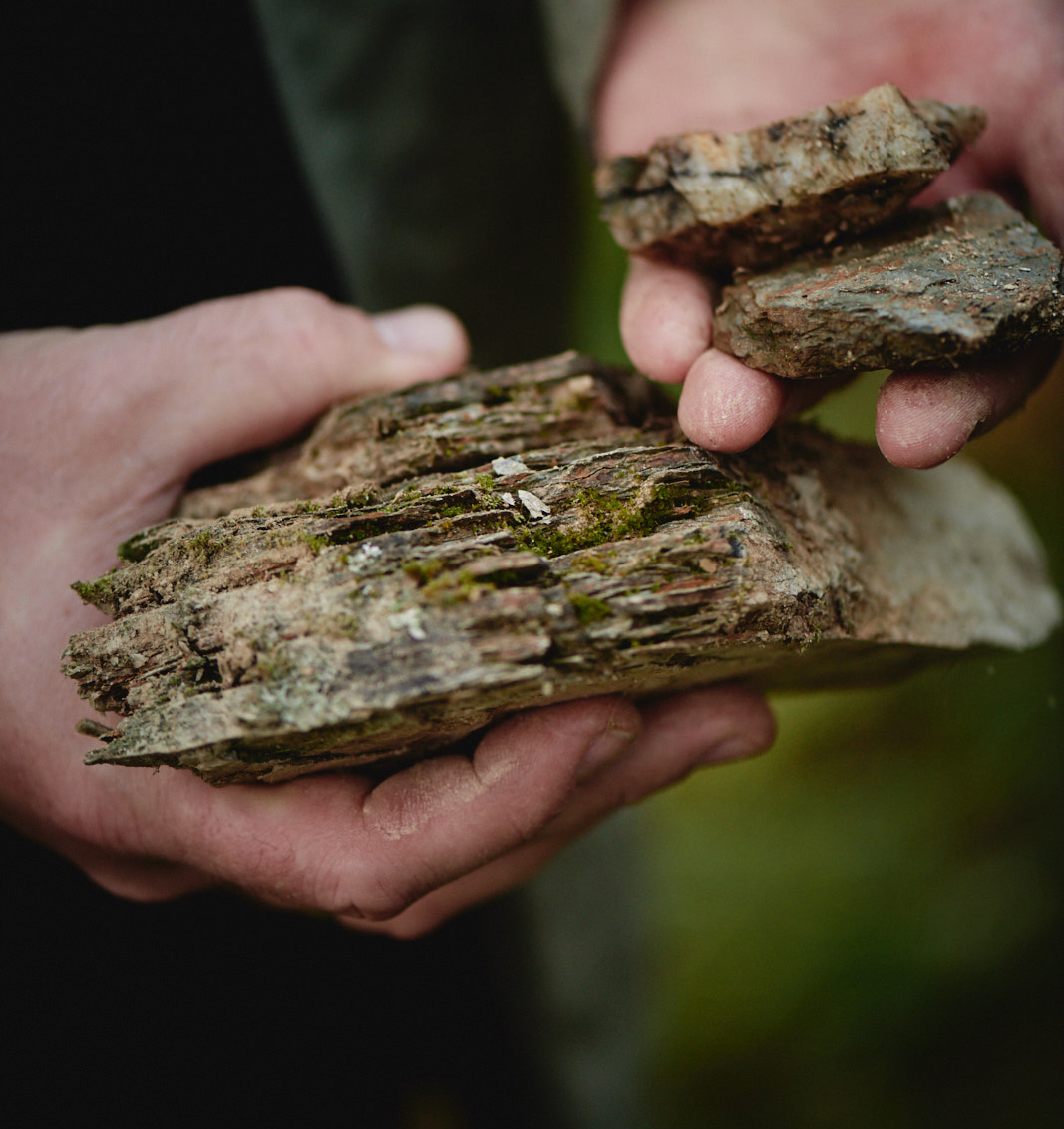 Life is hard in
the mountains