Willi Sattler produces wines that are successful throughout the world, as powerful and impulsive as himself. And still he has always been searching.

A firm handshake, keen eyes, a loud voice. Willi Sattler is sitting in his dining room at the head end of a long table, the large double door to the garden wide open. The summer rain comes down on the vineyards like a wet curtain and brings a cool draught to the room. Nonetheless, Willi Sattler rolls up the sleeves of his checked shirt and says: “Let’s get started.”

The man has no time to lose. He is used to talking and he likes it. He goes far afield, doesn’t answer questions, but likes to tell a story. Hardly anyone else is as closely tied to the rain-clouded region out there, hardly anyone else has marked its change and let himself change in the same way as Willi Sattler. “In the 1960s”, he says, talking fast though in a clear and firm voice, “there was nothing. The whole region was dead, more or less.” It was the time when his father started making wine that was so totally different from anything else in those days. Because he relied on a variety that has meanwhile become the flagship of the region: Sauvignon Blanc.

Willi Sattler may be a good storyteller – he is better still when it comes to getting things going: “I entered the winegrowing business at the age of 20”, he says. “Earlier than I would have liked.” The father fell ill and the son inherited the winery, and above all the vision of a region whose reputation and economic success should, according to Willi Sattler, be owing to its wines. He made a pioneering contribution, then and now, and became the figurehead of a wine movement, with an award-winning restaurant and the affiliated Sattlerhof hotel, and his winery is entirely certified organic.

When Willi Sattler talks about wine, he first and foremost talks about the tough working conditions. The steep hills, bad weather, the fight man against nature… The proud hunter and winemaker likes to skip the romantic side of things, putting the bone-breaking part of his job in the foreground: “Your own instinct and talent only come with zealous work. And zeal you will need every single day.” Willi Sattler does not see himself as an aesthetic wine artist, although many in his family ascribe the renaissance of Sauvignon Blanc entirely to him, but rather as someone who sees the whole picture. Making wine is more than just the way from the grape to the glass, it is the right mix between image and improvisation, determination and science, art and consumer culture.

Willi Sattler is closely tied to the region but also inspired by places farther afield. He strikes a balance between tradition and ongoing development, mainly on wine journeys, from New Zealand to France. He is leaning forward, resting one arm on the table while drawing the vineyards of Chile in the air with the other hand. He is now speaking even faster, carried away by his passion: “Styrian wines are among the best in the world today, they must of course undergo international benchmarking, compete, and be inspired internationally.” This is the ambition behind his own powerful-aromatic and long-lived wines on the menus of top restaurants in California and Italy alike.

“The global trend”, says Willi Sattler, “is currently playing into our hands.” Individual wines, their uniqueness and personality, the nature of the vineyard and personality of the winemaker is what good wine is all about and which makes wine a successful product. Willi Sattler mentions a number of examples, speaks with the profound passion of someone who is obsessive about wine and quality, gesticulating, laughing, explaining. He is looking for the bigger picture, and has perhaps found it for a moment: the mix between homeland and open-mindedness in wine. Willi Sattler is now in his element. The man suddenly has all the time in the world. 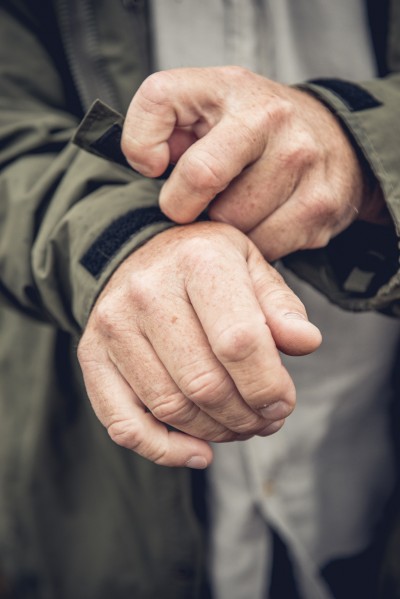 “The grandeur of a
wine has nothing to do
with the size of the vat.” 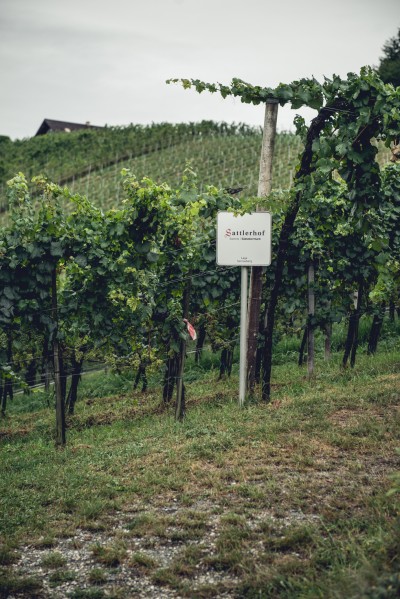 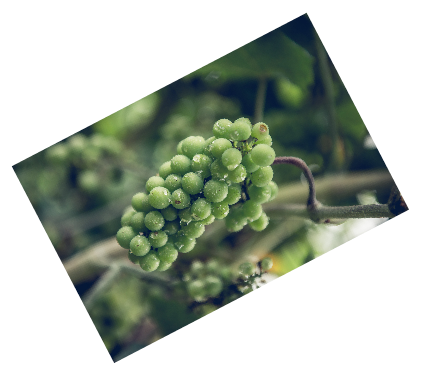 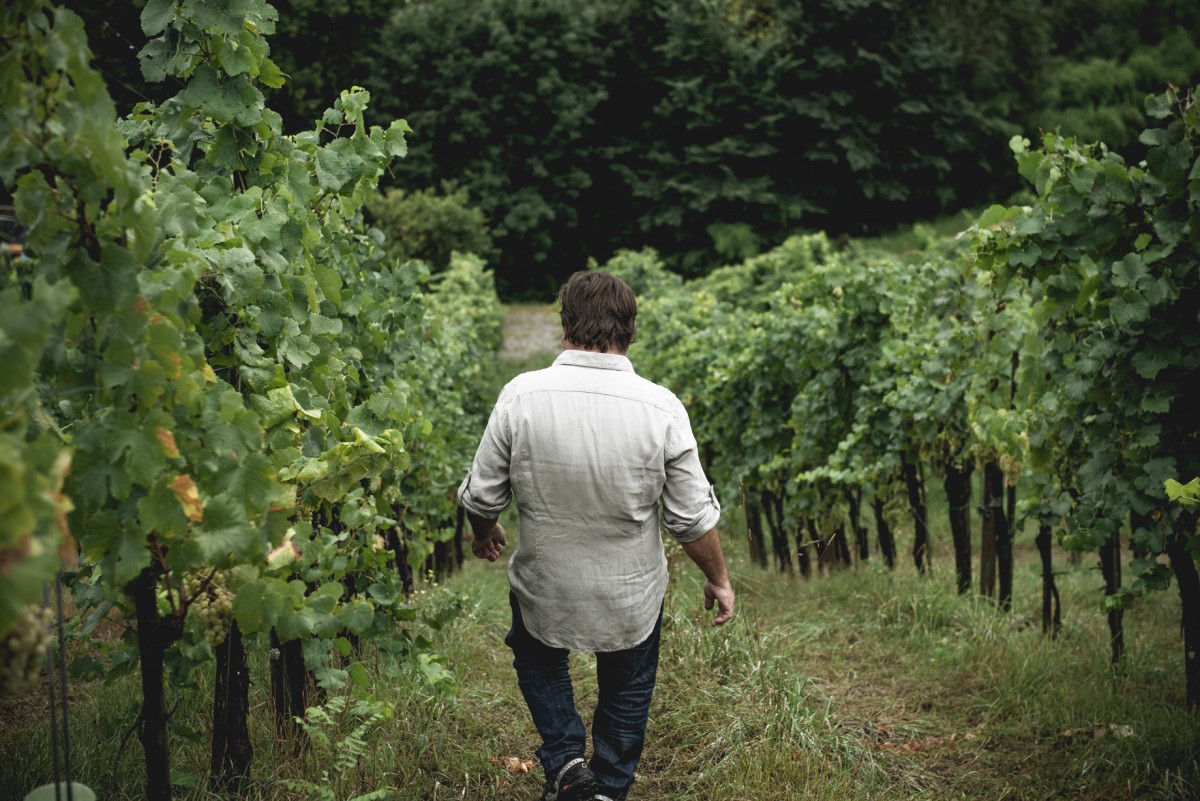 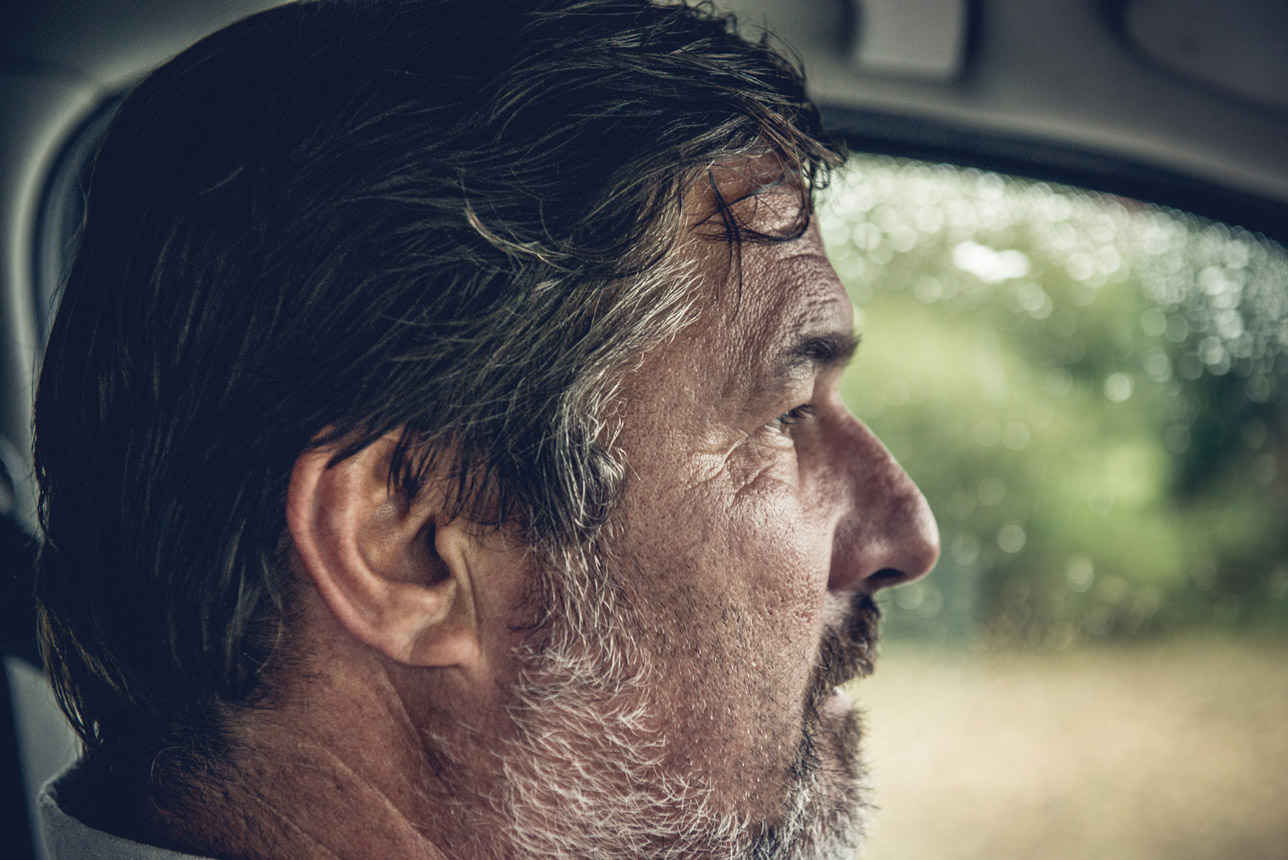 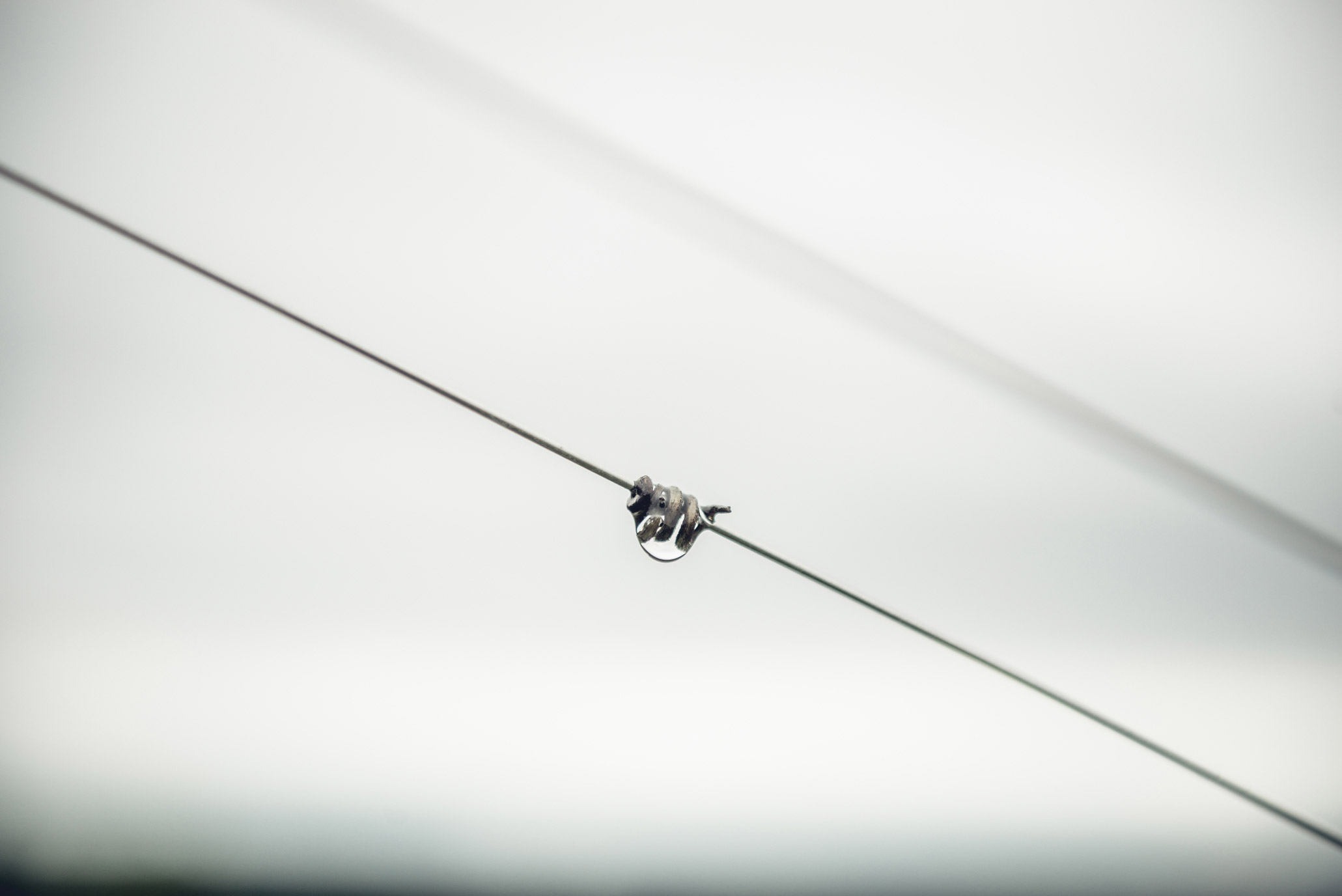 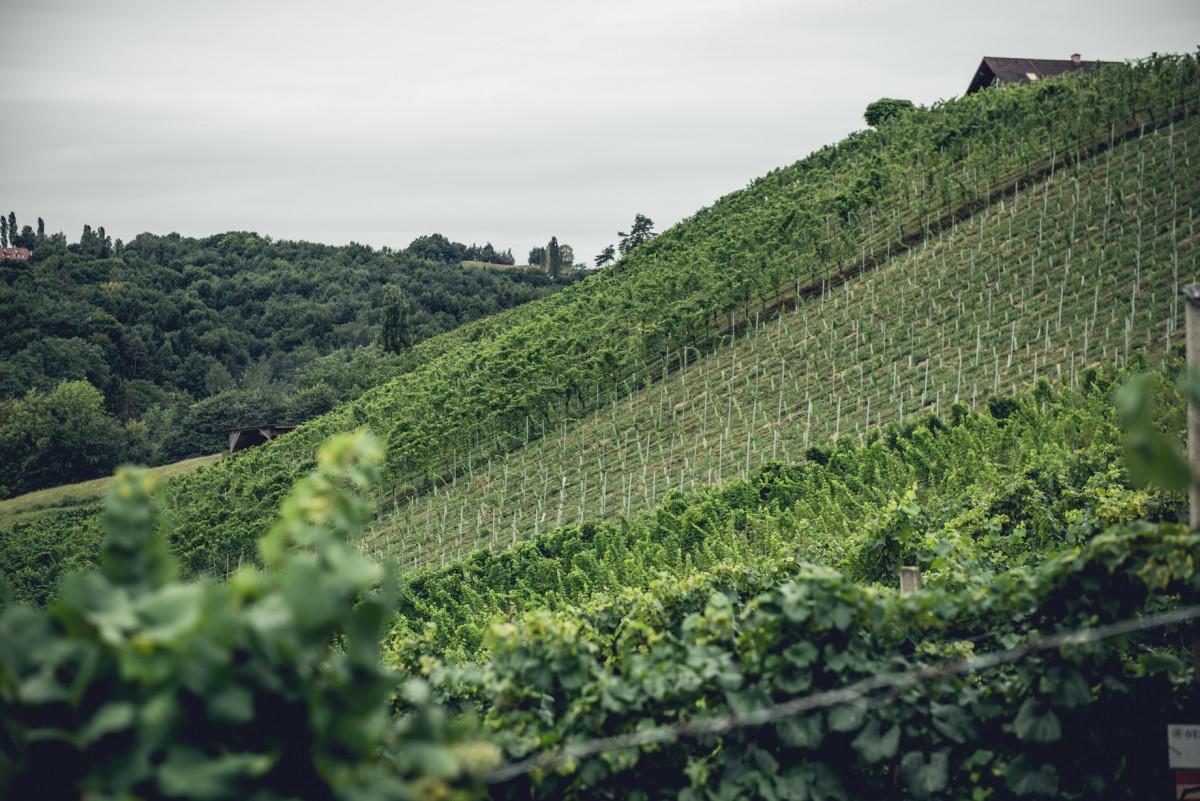 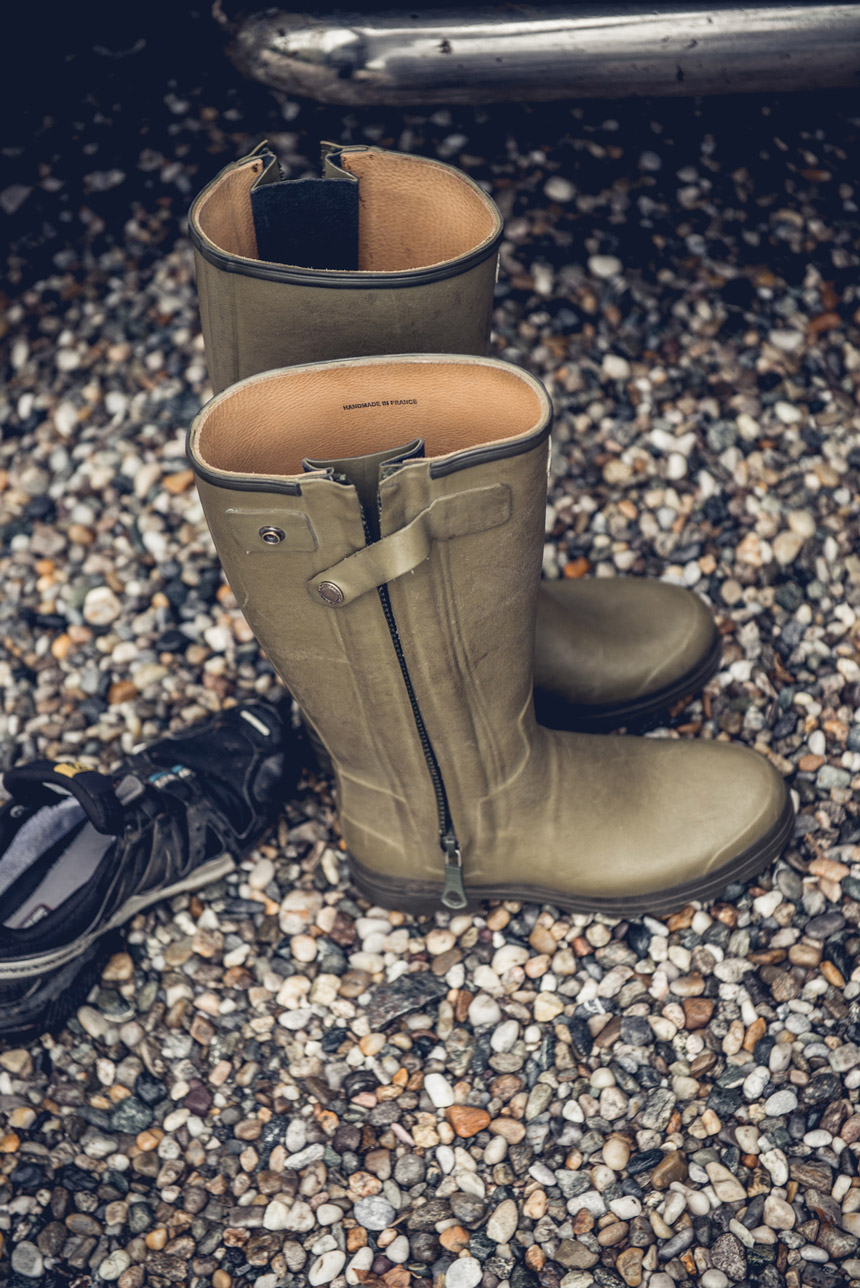 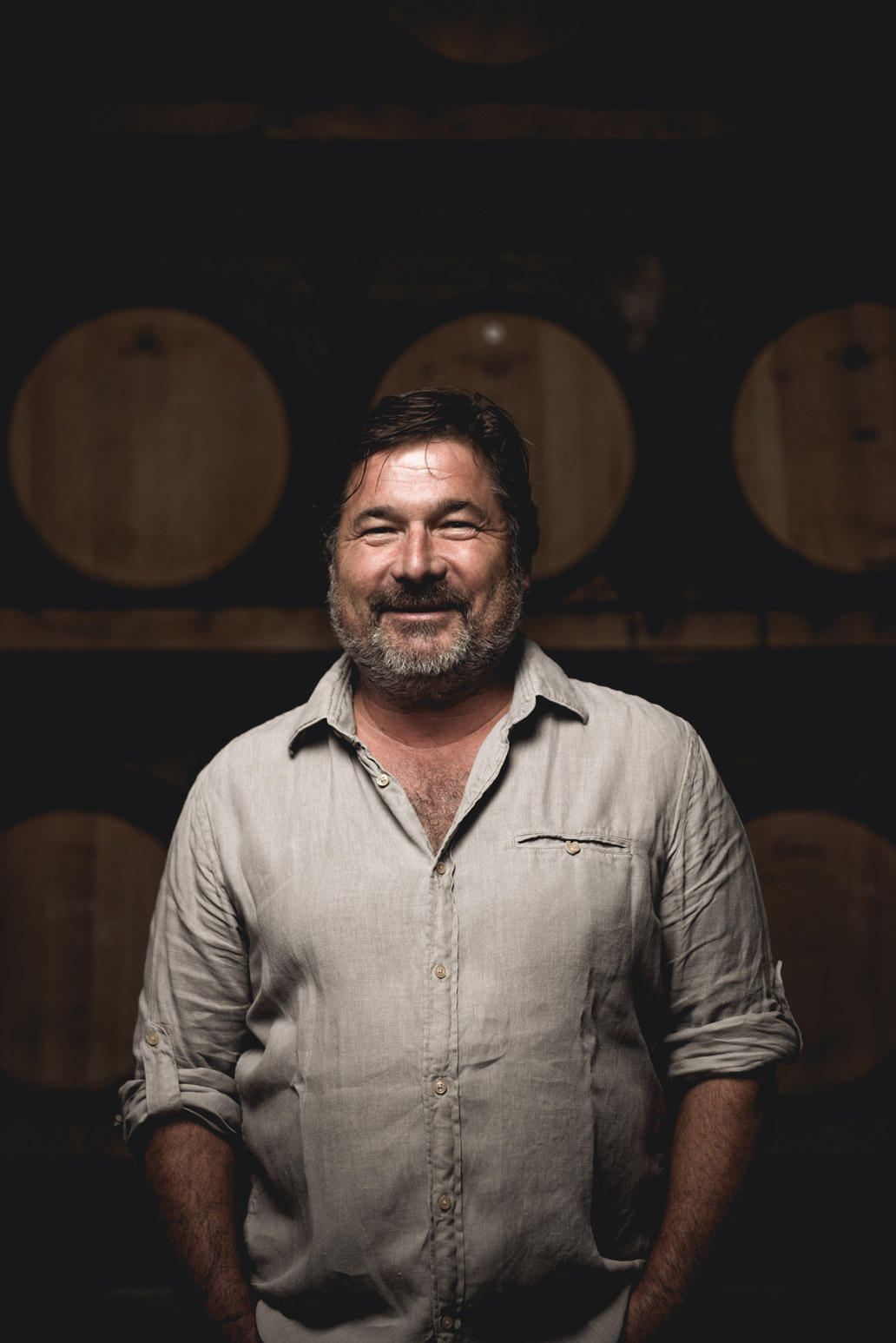